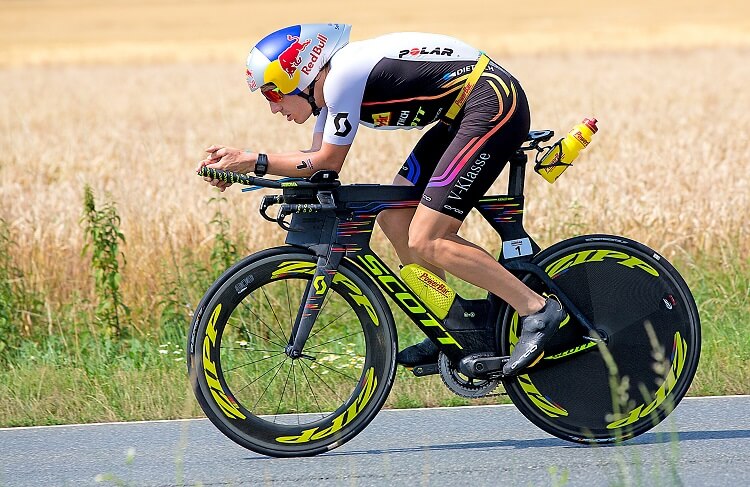 “The amount of carbohydrates that you take on during the cycle and run can often decide the result of the race.” – Sebastian Kienle

In order to successfully complete a multi-day stage cycling race like the Tour de France, specific training and also the genetic prerequisites are very important. In addition to these factors, the right carbohydrate and fluid strategy is probably one of the most important factors for a successful performance in the race.

Even with the right genetic make-up and best training program, making sure you have the right carbohydrate intake and hydration strategy is crucial for successful race performance. The body stores energy from carbohydrate in the form of glycogen in muscles and the liver. Muscle glycogen is a readily available energy source for exercising muscles. Liver glycogen is essential in helping maintain blood sugar (glucose) levels, as ensuring a constant supply of glucose prevents effects associated with hypoglycaemia (low blood sugar level) i.e. shakiness, anxiety and reduced concentration. Once these glycogen stores become depleted, exercise at maximal intensities cannot be maintained. That’s why the body must be supplied periodically with carbohydrates in the right form and at sufficient rates during a prolonged intense endurance session.

“How” does carbohydrate intake during exercise improve performance?

The reasons why carbohydrate intake can improve performance during exercise are very complex. But the two major mechanisms are: 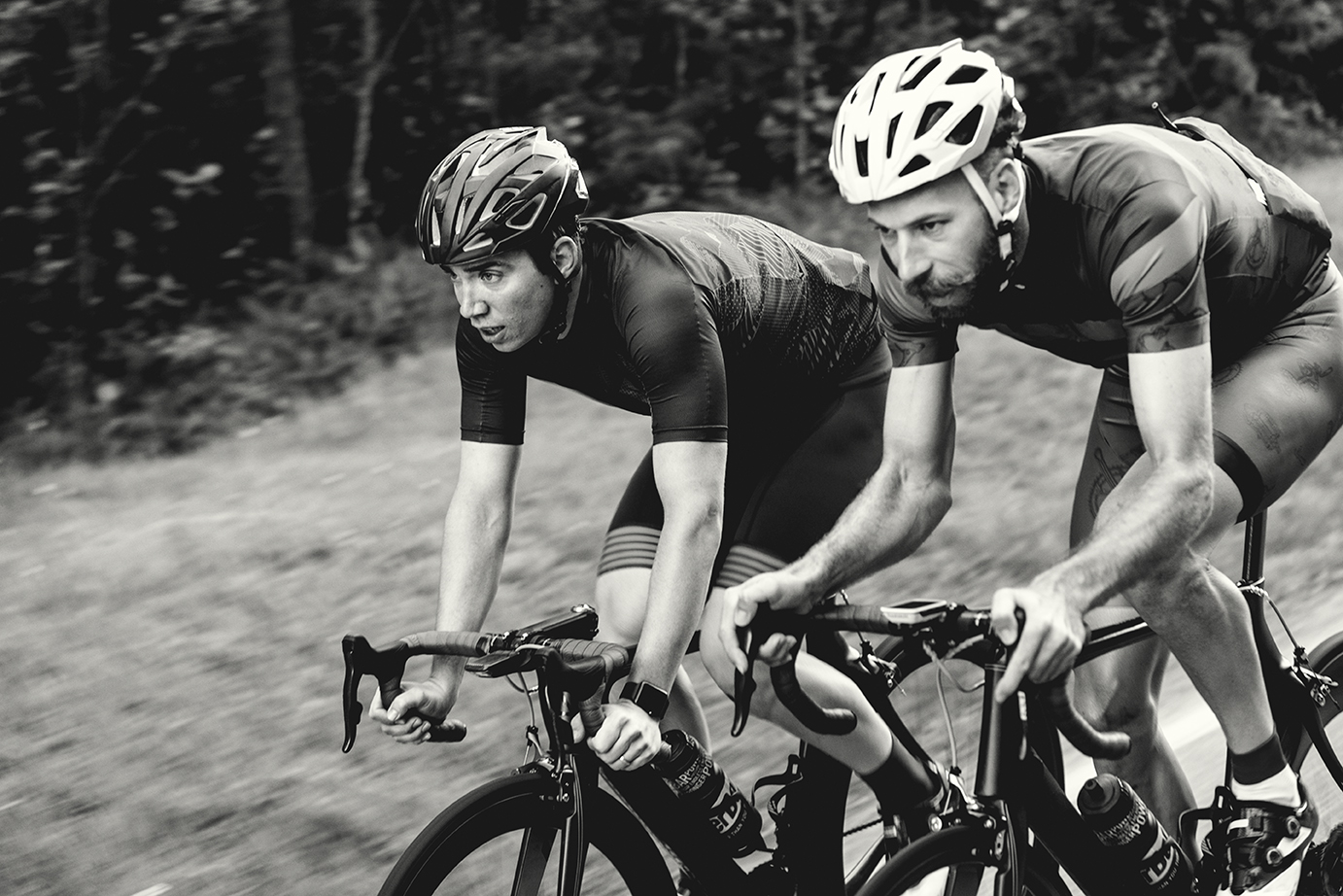 Recommendations for the optimum carbohydrate intake quantity during competition

The current recommendations for the optimum carbohydrate intake quantity during the competition, based on numerous studies and the IOC Consensus Statement on Sports Nutrition 2010, are listed in the table below:
If glucose alone is provided as the carbohydrate source during exercise, the energy oxidation from carbohydrates is limited to approximately 60 grams per hour. Ingestion of different sources of carbohydrates as for example in C2MAX, can allow more than 60 grams of carbohydrate to be used per hour as a source of energy. Scientific research has shown this special 2:1 ratio of glucose and fructose can supply exercising muscles with more energy for a given time compared to glucose alone and this can lead to an improvement in prolonged exercise performance.
Sebastian Kienle, reigning IRONMAN World Champion, speaks from experience: “The amount of carbohydrates that you take on during the cycle and run can often decide the result of the race.” It is important to remember that the highest tolerated carbohydrate intake (in grams per hour) differs widely from person to person. However, it is possible to ‘train’ the gut to adapt to higher amounts of carbohydrate. Tips for targeted preparation for competition: Gradually increase the quantity of carbohydrate intake (in an ideal ratio of sugars) with sports drinks, gels or bars over several days during the training phase before the competition. In the words of Sebastian Kienle, “test your way to your individual maximum and to your personal best strategy”.

Conclusion: The optimal amount of carbohydrate intake during competition highly depends on the duration and intensity of the exercise, but must also be tailored according to the athlete’s individual tolerance. Train and practise your carbohydrate strategy during training and never try out something new in the competition! 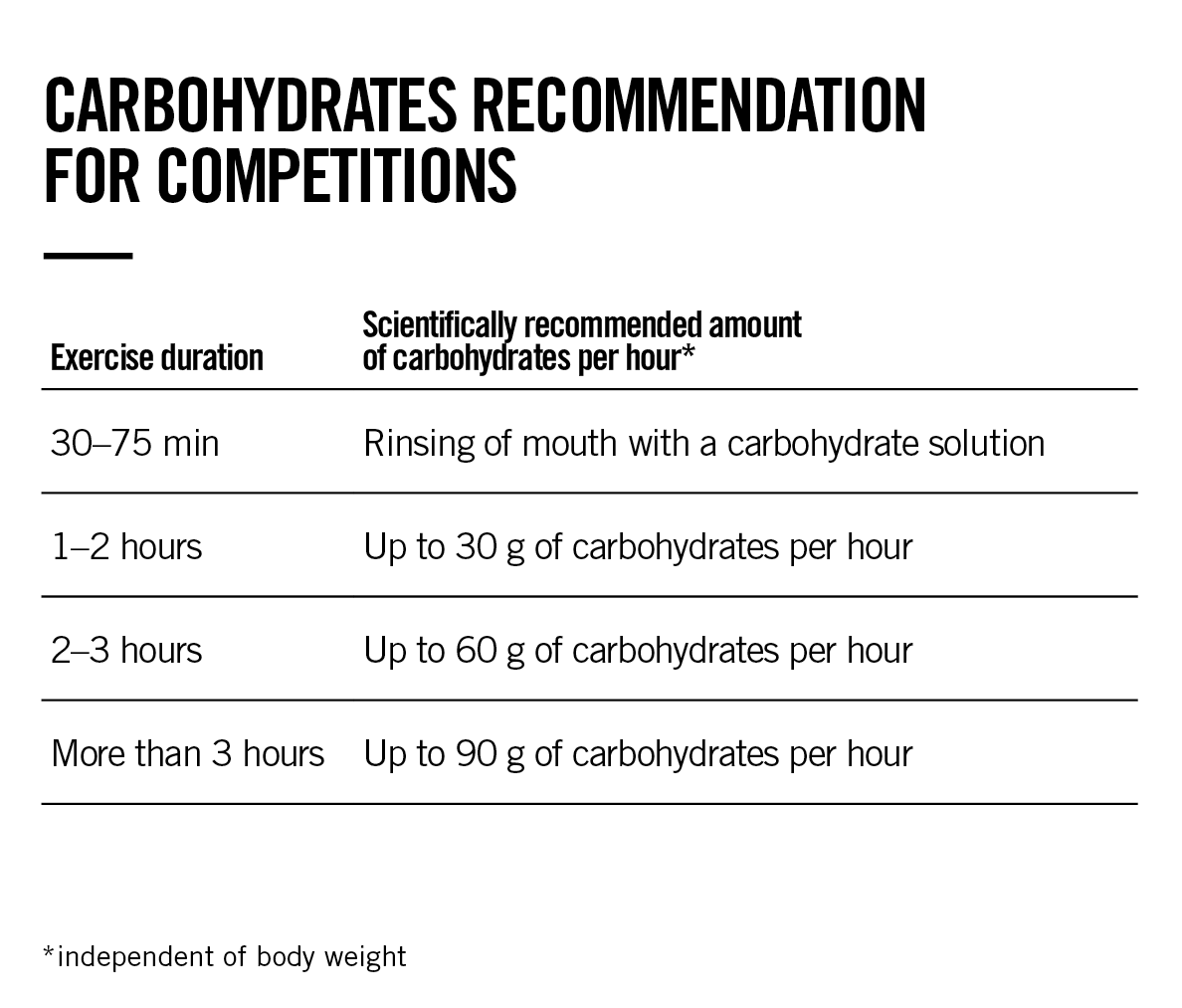